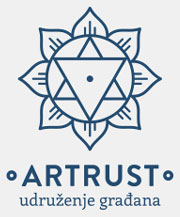 is active in the field of contemporary arts, ecologically engaged music, creative children and youth education. The association works on the development of contem- porary artistic expression through collaboration between the artists, scholars and professionals, from different fields of arts, and the integra- tion of art in various social groups on national and international level. It encourages the new wave in improvised music, and fosters multidis- ciplinary approach, cross-over collaborative projects, cross-sectorial cooperation, and innovative models of education for young people. The association also carries out activities such as workshops, Music in Residency program, production of new original music, works on estab- lishing and publishing new methods of music education, audio-video production, organization of cultural and music events, and advocacy in cultural policy. Artrust works on integrating creativity into everyday life. Its most successful projects are: Improve Collective International Music Residency, Musicycling, The Sound of Birds, 12 Tons of Music ect.
www.artrust.org.rs, www.igraona.edu.rs 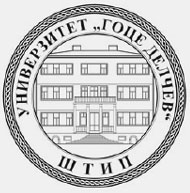 covers a wider musical material from performance studies, core music subjects as well as composition and arranging. Programs are constantly evaluated and upgraded often with the inclusion of new disciplines and modern technologies. In 2014, the Department collaborated with their partner at the University of California in Los Angeles and hosted eight advanced students led by Professor James Newton for a week and organized a series of lectures, concerts and musical collaborations. It also organized lectures by distinguished artists from France, Brazil and Serbia. The Jazz Department activities add cultural richness, primarily, to the city of Stip, but also to the whole eastern region of Macedonia most notably as a co-organizer of Astibo International Jazz Festival.
www.ugd.edu.mk 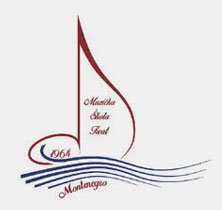 is the first music school in the country with brass department, and has already shown significant results on competitions. The school’s former students became students of prestigious music academies in the region. The school organized a series of concerts in collaboration with the Music Academy in Cetinje and Bar Chronicle. Their emphasis is on the development of Tivat, as a unique music center for wind instruments in this part of Europe. The International Workshop for wind instruments is an example of excellent cooperation with NGOs and artists and it has been organized for the last twelve years. The department hosts visiting lecturers and students from Montenegro, but also from Italy, Germany, Japan, Hungary, Croatia, Serbia, Bosnia, Slovenia, Macedonia, etc.

friends of the project

Born in 1978 Women in Music is an international Foundation promoting women composers and music creators in all fields with a network of over 27,000 composers, music practitioners and stakeholders in 113 countries. Its pioneering role is recognized by Italy, UNESCO, EUC, EUP, Arab Academy, UNESCO’s International Council for Music and the Vatican. The Foundation has presented 1,480 concerts with music by 6700 women composers from 79 countries, reaching millions through digital streaming. It participates in international conferences and legislative proposals including the 2015 EUP Recommendation for a Directive to Promote Contemporary Composers and in EU Projects: 2001 - Pyramids ou Pillaires; 2002 - Culture Gates; 2006/2009 - Women and Media in Europe; 2008 - Extra; 2009 - Music in Motion; 2011/2013 - WIMUST (Women in Music Uniting Strategies for Talent); 2014/2016 - Balkan Female Jazz Artist in Residency programme. Women in Music has published 51 books and 1300 scholarly papers in Italian, English, French, German, Spanish, Portuguese, Greek, Turkish, Croatian, Serbo Croatian, Russian, Arabic and Korean.
www.donneinmusica.org